Prof. Hasjim Djalal is widely known as Indonesia’s foremost expert on the Law of the Sea – he
also served Indonesian Ambassador to Canada (1983-1985), Germany (1990-1993) and
Ambassador-at-Large for International Law of the Sea and Maritime Affairs (1994-2000). Prof.
Djalal initiated the track 2 Workshop process in the early 1990’s, which succeeded in getting all
the South China Sea claimants to discuss their issues.

Calvin Khoe is research associate and program development at the Foreign Policy Community of Indonesia (FPCI) since 2018. His research interests surround Indonesian foreign policy, geopolitics, and national security. Prior to FPCI, Calvin was a research assistant at the Indonesian Institute of National Resilience (Lemhanas RI). He assisted Indonesian National Security Fellows at Canberra, Australia (2017).

Earlier this month, an unidentified underwater drone found in the Selayar Waters of South Sulawesi captured the attention of Indonesian media. The occasion was the third occurrence that a foreign drone, also known as a ‘sea glider,’ was found in the nation’s waters. Needless to say, the discovery triggered a country-wide public furious and strong backlash from the Indonesian parliament members – especially upon heightened suspicion of the drone’s origin.

Against this backdrop, how does the international law of the seas or UNCLOS governs the use of such drone or the types alike in foreign territories? Can it be classified as an official foreign intrusion? What kind of appropriate response should the Government of Indonesia employ? And how can Indonesia prevent future intrusion or illegal activities conducted by foreign entities into its sovereign territory? 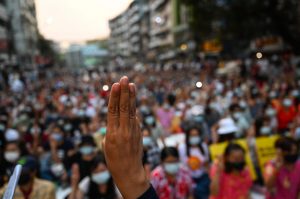 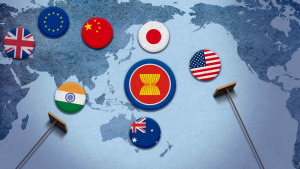 Issues to Watch: Can ASEAN be Indo-Pacific Manager? – Interview with Bilahari Kausikan 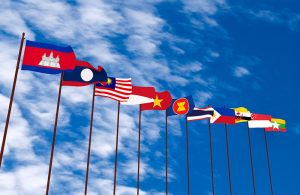 ASEAN Outlook on the Indo-Pacific and Indonesia’s Indo-Pacific Strategy: What’s Next? – Interview with Dr. Siswo Pramono 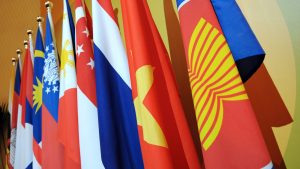