‘In Conversation with COP26 President Alok Sharma: Delivering the Climate Promises of COP26’

Jakarta, (16/2) – Thursday, 17 February 2022, the Foreign Policy Community of Indonesia (FPCI) convened a virtual public discussion with The Rt. Hon. Alok Sharma, the COP26 President, to discuss the conference results. The panel is titled “In Conversation with Alok Sharma: Delivering the Climate Promises of COP26”. This is the second time that Mr. Sharma visited FPCI as COP26 President.

This virtual public discussion presents discussion topics ranging from the Glasgow Climate Pact, climate financing, and how Indonesia can lead by example by setting ambitious emissions reductions targets through its G20 presidency. In addition, the public forum also discussed the opportunities and risks that arise in the implementation of the Glasgow Climate Pact, including how financial resources can be allocated for countries in need and how various innovative partnership schemes can be employed to achieve emissions reduction targets.

COP26 President Alok Sharma opened the discussion by explaining that the “phasing out coal” commitment approved at the 26th Climate Change Summit (COP26) is a historic progress for climate action. Mr. Sharma also asked all countries to honor the promises made in Glasgow Climate Pact so that the vision of keeping 1.5°C temperature rise can be kept within reach, as mandated in the Paris Agreement.

“My main motto this year is ‘delivery.’ We must ensure these visions become a reality: how we further encourage the use of renewable energy and the elimination of coal use,” Alok Sharma said during the COP26 Conference in Glasgow.

Mr. Sharma shared high hopes for Indonesia to encourage discussion on the issue of climate change in increasing emissions reduction targets by 2030, especially since Indonesia will be holding the G20 presidency this year.

“Indonesia can be the country that leads a historic decision, namely the G20, which prioritizes the ‘net-zero’ agenda. 18 of the 20 (G20 countries) have formally committed to achieving the net-zero mission, so Indonesia has an excellent opportunity to support this plan. I want the Indonesian presidency at the G20 to work with the UK presidency at COP26 to ensure that we all push on the 2030 emissions reduction target issues.” said Alok.

Dr. Dino Patti Djalal, Founder and Chairman of FPCI, hopes that Indonesia can announce a new target of reducing greenhouse gas emissions by as much as 50% by 2030 at the upcoming G20 Bali Summit. Indeed, to keep the 1.5 °C mission alive, all countries globally must commit to reducing emissions by 50% by 2030, and achieve net-zero emissions by 2050.

“Remember, Indonesia’s leadership in the G20 is only a year left. In that short period, Indonesia must be able to make the G20 a motor of climate change solutions and be able to show the world that Indonesia is at the forefront of climate change diplomacy at this crucial time.” Said, Dr. Dino Patti Djalal on the video of ‘Jurus Sukses Presidency G20 Indonesia’ through Secretariat FPCI Youtube Channel.

Documentation can be accessed via:
https://drive.google.com/drive/folders/1qStFgKdB_z-Xy0QBObj-TBe57zgpa3Nl?usp=sharing 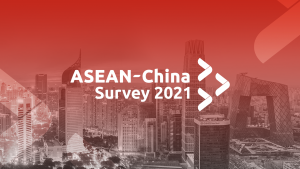